I’m thrilled to be starring in Citadel Theatre‘s production of Don’t Dress for Dinner by Marc Camoletti (who also authored Boeing-Boeing). In this ridiculous snappy farce, I’m Robert, the best friend of hapless Bernard who is attempting a romantic rendezvous with his mistress. I’m called upon to aid him in a maddening crescendo of assumed identities and outrageous infidelities (such as the fact that I’m also sleeping with his wife). Don’t Dress for Dinner has since been produced all over the world with successful runs in London, Paris, New York and Chicago… and now Lake Forest, the Paris of the North Shore!

UPDATE: We had wonderful houses and we got great reviews, including this snippet:

“Guy Wicke is superb… skillfully walks that fine line between the preposterous and farcical… mastering Camoletti’s labyrinthine dialogue, but [he] also mines so much additional humor from his subtle looks and gestures” – Chicago Theatre Review 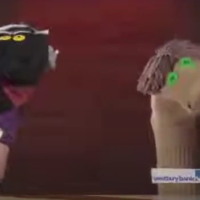