My first foray back into LIVE THEATER is nigh! Avalanche Theatre invited me to be a part of their New Play Summit. (Avalanche. Summit. I see what you did there.) Come see me IN THE FLESH reading the cutting, hilarious WasteHouse by Marjorie Muller. You’ll be glad you did. After all, I’ve been typecast again as “bumbling stepfather!”

Gretchen Prince is a washed up Hollywood TV star, known more for her stints in rehab than for her role as spiteful and conniving “it girl” on teen drama Trellis County (now in syndication). After being entrapped in a weight loss scam by a hack doctor that left her practically penniless and at death’s door, Gretchen returns to the people she left behind: her family. With a well-meaning mother, bumbling stepfather, and pregnant workaholic sister, Gretchen is forced to reconcile with who she once wanted to be, especially once the boy-next-door moves back to town. But Hollywood doesn’t stay quiet for long (after all, everyone loves a comeback). 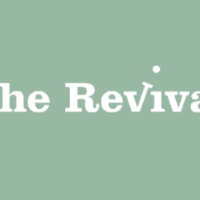